University of Auckland academics have developed new equations to predict the risk of cardiovascular disease (mainly heart attacks and strokes) in New Zealanders that has just been published in the prestigious medical journal The Lancet.

The study is significant for New Zealanders as it is the first of its kind derived from local data and it has found that the prediction equations currently in use, which are based on US data, now substantially over-predict the risk of cardiovascular disease. 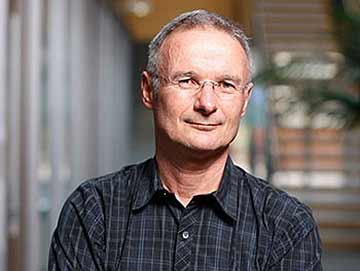 Lead author, Professor Rod Jackson of the University’s School of Population health, says “Our findings are very significant as unless risk of cardiovascular disease is estimated using equations from modern populations that represent the patients they are applied to, there could be substantial underestimation or overestimation of risk, and therefore substantial undertreatment or overtreatment, is likely.”

The study, “Cardiovascular disease risk prediction equations in 400 000 primary care patients in New Zealand: a derivation and validation study”, included people without prior cardiovascular disease, congestive heart failure, or significant renal disease who had their cardiovascular risk assessed by their GPs or practice nurses using PREDICT software during patient consultations. The software stores an anonymised copy of each patient’s risk factor data that is then linked to national hospital and mortality databases.

The study is one of the largest of its kind in the world, including more than 400,000 New Zealanders aged 30–74 years at the time of their first PREDICT risk assessment. They were recruited between Aug 27, 2002, and Oct 12, 2015 and represented about 90 per cent of the eligible population, mainly in Auckland and Northland.

Professor Jackson says that a Ministry of Health organised expert group on cardiovascular disease risk assessment and management has already endorsed the new equations and that the Ministry of Health has agreed to support a national implementation programme. The new PREDICT equations will now replace older, overseas equations that are no longer relevant for the ethnically and socioeconomically diverse New Zealand population.

The study was funded by the Health Research Council of New Zealand, the Heart Foundation and the Healthier Lives National Science Challenge.

You can save lives by funding research